It was a very eventful 2017 Autocross season for our sponsored driver, Justin McDonald, who not only took home first place in the SMST4 class overall, but also took home the trophy for the 2017 Prepared Class Champion! Not to mention he received the Mercury Award and grabbed a total of FOUR Top Time of Day awards! 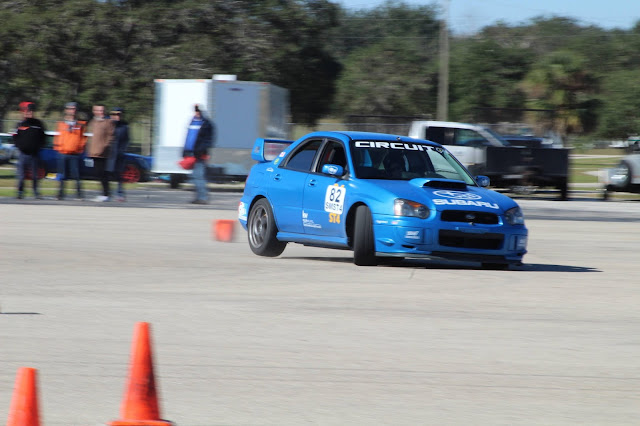 Justin has modified his 2005 Subaru STi to compete in the Street Mod AWD class, with feedback & results throughout the 2016-17 season, he now has a nicely dialed-in setup. His STi has been overhauled with new suspension bits, refreshed brakes, and a custom dyno tune. Circuit Motorsports helped him sort the car out last year after a hiatus from autocrossing. He needed to replace some old and worn/rusty suspension bits, which was not an easy task. New swaybar mounts and endlinks, wheel hubs and bearings, brake calipers & hardware...all of it needed to be serviced and replaced. A new clutch and fluids, along with some suspension tweaking was also necessary.  The car runs a custom Circuit Motorsports Dyno-tune, with some tweaks for autocross style driving. It can be an arduous process to modify a Subaru STi (or any vehicle) for a specific class for autocross. It involves picking and choosing what will work best, but not change your class, and balance a budget which will include tires and consumables throughout the season etc. It all paid off though, with a great result for the 2017 season! 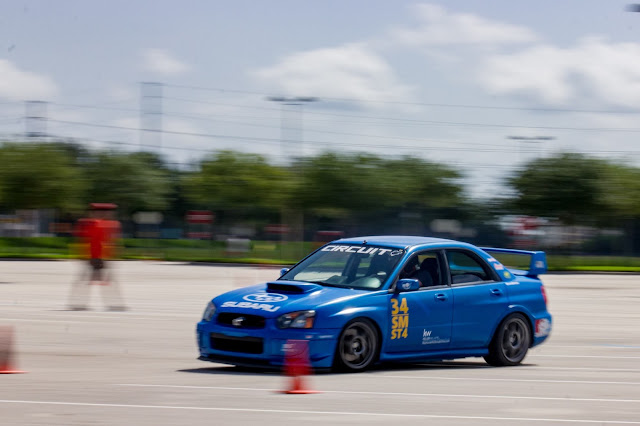 Justin won a total of 9 out of 12 races in the seriously competitive SMST4 class with the Martin Sports Car Club.  This class is where most modified AWD cars will compete that have aftermarket modifications.  There is a more restricted STU class, however if you have tuned your vehicle with more boost pressure, or modified the suspension, your car is now pushed to the SMST4 class.  There are some very fast cars that compete in this class month-after-month to try and take home a trophy. Sticky tires, a dialed in suspension, gobs of torque and a steady-handed driver are all  needed to bring home the gold. Justin did just that, by smashing the class and taking home the SMST4 2017 season trophy! 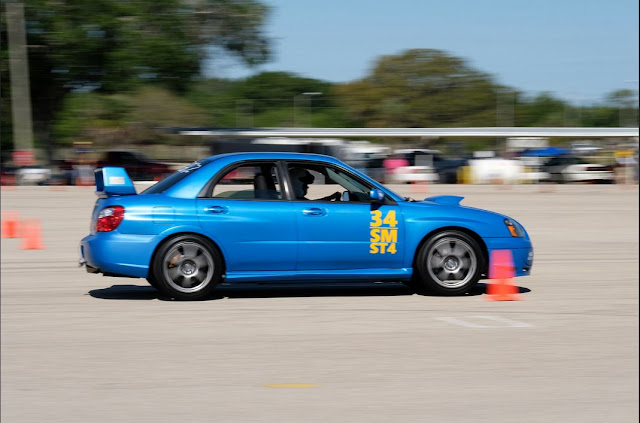 The Overall trophy for the Prepared class takes into account not just the SMST4 class itself, but ALL of the Prepared classes.  This includes the classes which is where you will see cars such as the SSM class Corvettes and heavily modified Lotus type vehicles competing.  This is a prestigious award, as you are not just competing within your own class, which is where most autocrossers focus, but against many other classes with different modification rules and lighter more powerful cars. 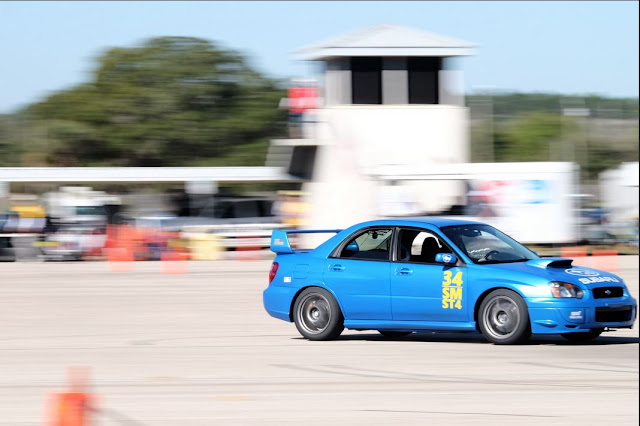 To receive a Top Time of Day Trophy, you must compete and get the fastest recorded overall time for that race, against every other car that races.  This takes into account any penalties you may receive for knocking over a cone or going off course. This means you have driven the course faster than anyone else at the event, including all classes and cars. Justin  managed to do this not only once or twice, but FOUR times throughout the 2017 season!  Very impressive indeed. 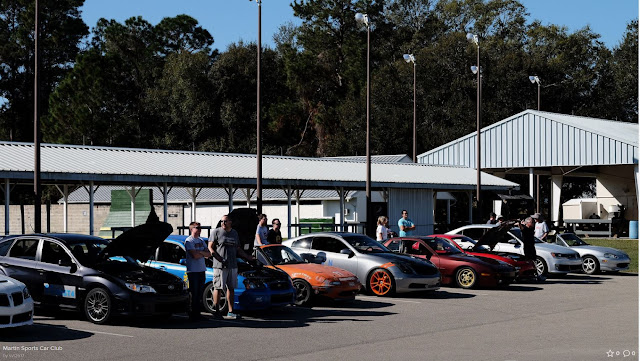 Last (but not least) is the Mercury award, which is given to the person who has the least overall elapsed time for the entire season.  Every race time is tallied up, and the lowest overall time is the winner. Basically meaning, you drove so damn fast, you beat everyone. Period.  Some people consider this the best trophy handed out at the end of the year. 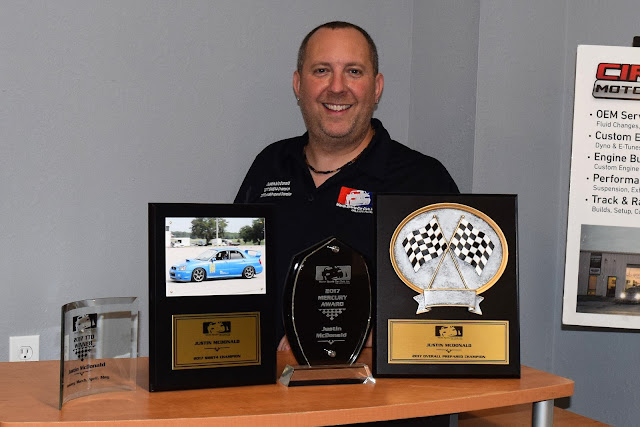 One thing to mention here, is that this is very much a "Grassroots" style build.  This 2005 STi has over 130,000 miles on it, is still running the stock factory engine, and does not feature any super fancy suspension pieces, engine mods, or aero.  This is a car Justin has worked on himself for many years, and with Circuit Motorsports' help, has honed it into an autocross weapon that can defeat vehicles many times the cost. After a race he can drive it home, in relative comfort, and take it out on the weekends, or to a track day many miles from home.  This is a testament to modifying & tuning a car with a goal in mind, and the right parts, and know-how. 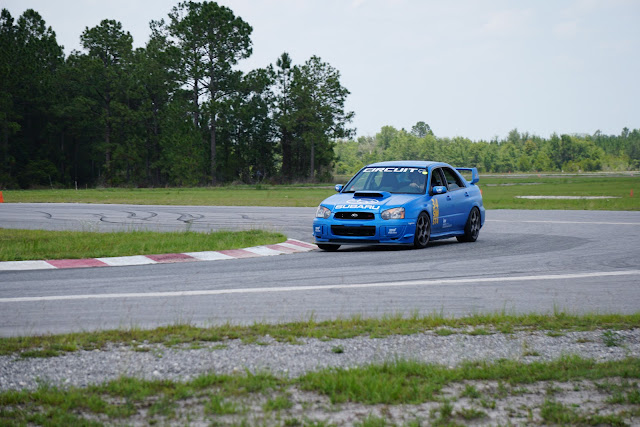 We are very proud to have worked with Justin through the 2017 season and we congratulate him on his terrific driving and dedication! 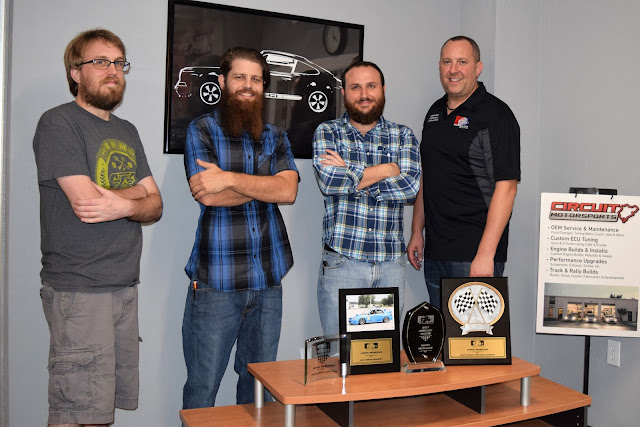 -Circuit Motorsports is a performance tuning shop located in Orlando, FL.  We have a professional tuner on staff who is a certified Ecutek Master Tuner and a Cobb Protuner. Our shop specializes in import performance cars from Subaru, Nissan, Mitsubishi and more.  We have extensive experience modifying cars for use in Autocross and for Track days.

Posted by Circuit Motorsports at 3:58 PM