Before we get into the details let's take a look at why we made this product.

The Problem: Since 2008 Subaru changed the way they mounted the pedal assembly to the chassis/firewall from previous years. The entire pedal assembly was mounted using a few small spot welds to the upper portion of the firewall. Subaru firewalls have not been known to be very strong, which is why the Brake Master cylinder braces have been such a great mod on previous and current models. The issue is that when you press down on the pedals, especially the clutch pedal, the firewall flexes. When it flexes it puts a lot of stress on those spot welds, which over time will break. Once they break, they cause a lot of movement and noise.

This sucks because not only are you getting a squishy and vague clutch pedal, but you get a really annoying squeak, every time you press the clutch pedal. Every time. Once you notice it, it's one of those super annoying noises you just can't get away from. 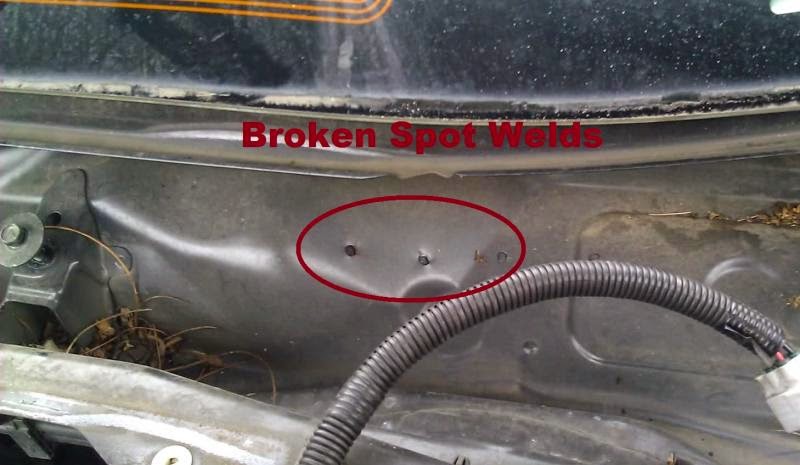 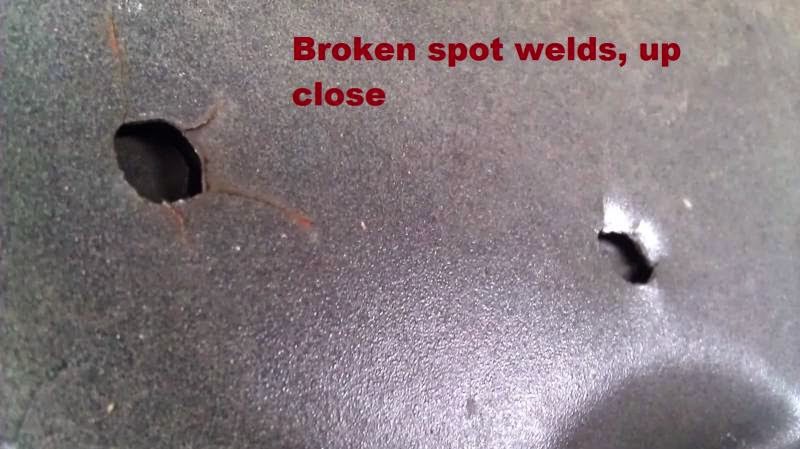 The Solution: We created a Billet CMCB that connects at the pitchstop mounting point on the firewall, and the clutch master cylinder mounting studs. We also added a 4th point of contact with an adjustable Delrin cup, to keep pressure on the brace and provide extra stability. This brace dramatically increases the stiffness of that area, greatly reducing the firewall flex when the clutch pedal is depressed.

In our testing we have noticed improved pedal feel and clutch engagement with this brace installed. We also tested this on a car that already had the dreaded "squeak", and it all but eliminated the noise once in place (see our video). 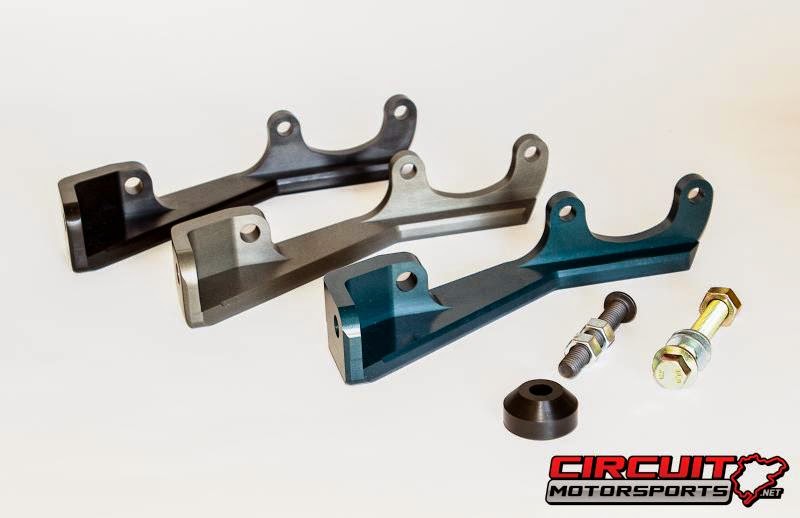 The Product: We start with a solid block of T6 6061 aluminum and have it CNC machined to our specs. We designed our brace to be extra beefy to provide maximum rigidity while also being lightweight. We then use a mil-spec type-3 hard anodize to coat the brace, this prevents corrosion and also has the benefit of hardening the surface as well. We provide new mounting hardware with the brace, all Grade 8/Metric 10.9.

These braces are also designed and manufactured here in the U.S.A. They are super high quality and a lot of time and care was put into designing, manufacturing and testing these braces before we decided to bring these to market.

So who is this good for? Well, any 2008-2014 WRX or STI owner would benefit from this. If you already have the dreaded clutch pedal squeak this brace can reduce or even eliminate that noise and extra pedal slop. If your car doesn't yet squeak, you can use this brace to prevent those welds from being stressed and potentially breaking.

This also works great for those of you who have upgraded your clutch and put more force into the pedal system. Adding in the extra rigidity of this brace agaisnt the firewall will benefit in better pedal feel, and clutch engagement. 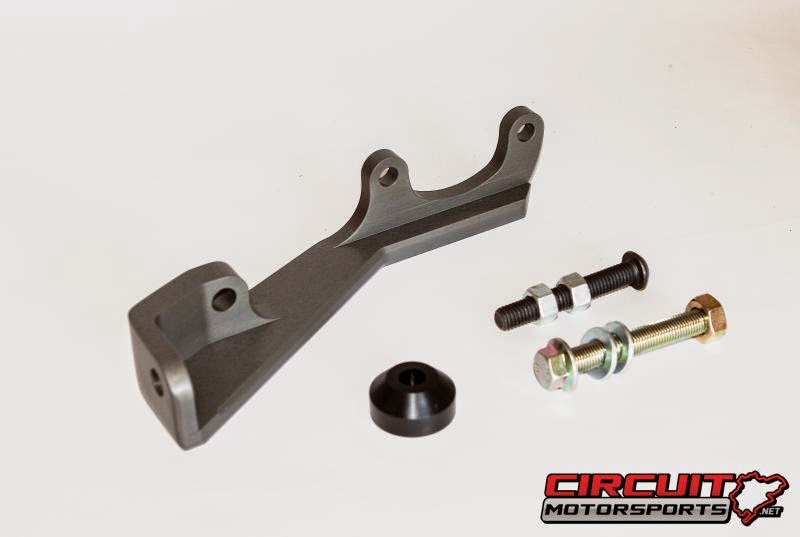 Real Life Feedback: We sent out a brace to be independently tested by another well known shop, they post on NASIOC quite often and are very respected here. They isntalled it on a customers' car and let the customer use it for a few weeks. This was their customers' review after that time:

After driving the car for several thousand miles I have become accustomed to the clutch. It feels like a solid unit that should been a stock part included from production."


Pics (below) of brace installed on customers' WRX: 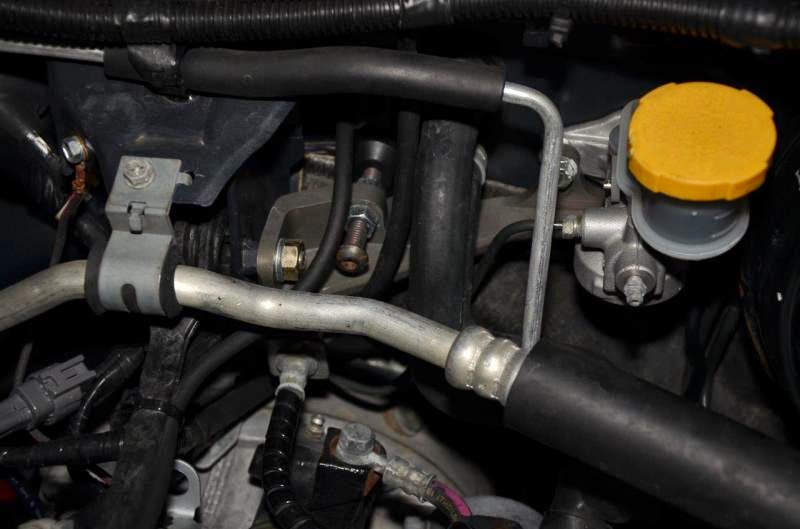 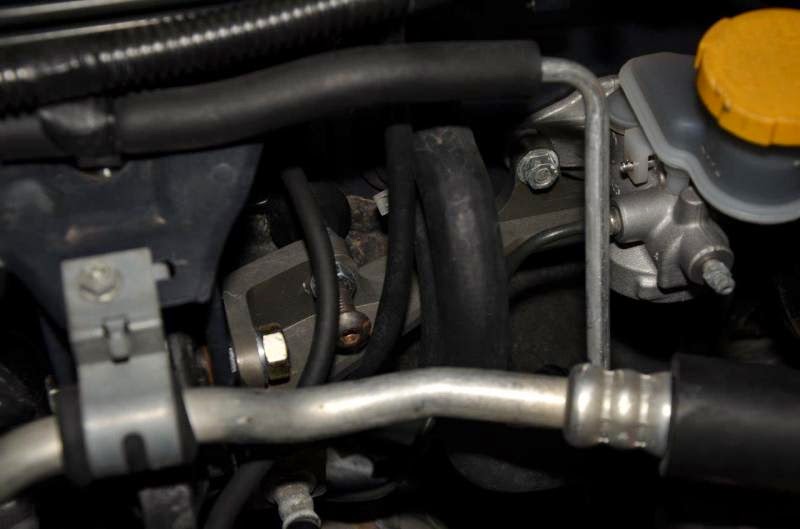 Check them out here to buy one for your Subaru!