Catastrophic Failure & Rising from the Ashes 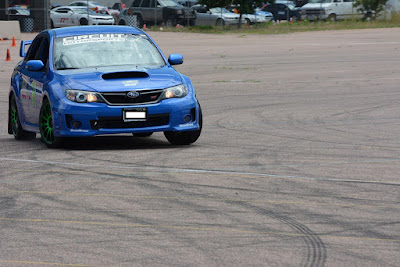 It's been a long while (i.e. months) since my last post, and there's a reason for that. At a Rocky Mountain Solo Series Autocross event back in early May, my STI found it appropriate to seize up and die. I'd share the dash-cam style GoPro video, however I fear it would disappoint....


There is no smoke, no screaming and crunching of engine components, no spinning of the car or squealing of tires. There is only a brief period as I came around a turn on what was poised to be my best (and final) lap of the day where the engine falls sharply to 2000 rpm and holds there despite my flooring the gas trying to figure out what was wrong. I finally pushed the clutch in and the engine shut itself off, never to live again. 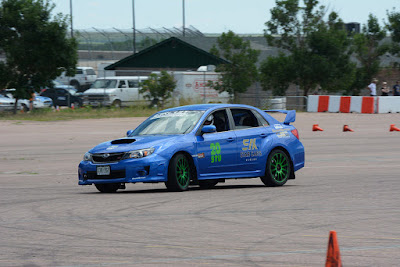 What had happened was blamed on old/bad oiling. I waited too long between oil changes, and allowed the dealership to choose which synthetic to use. As most car nuts know, not all oils are the same and I was evidently given some sub-par product which I proceeded to use too long without changing. The result was a spun bearing, which once broken loose inside the engine block proceeded to incinerate two of my pistons in molten shrapnel which in turn exploded throughout the entire engine, from intake manifold to heads and block, through turbo and exhaust and out the tailpipe. 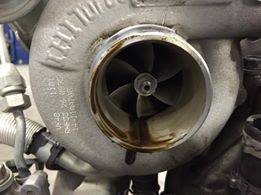 Pistons were melted, heads were fused and singed, cams were bent, and anything involving the oil system was contaminated. My once proud stallion was now a withered corpse. The damage was inconceivable, the mechanic told me "I don't know if you want to be frustrated or proud of this, but that's the most destruction I have ever seen on a Subaru engine failure." Great.... check out some of the pictures below 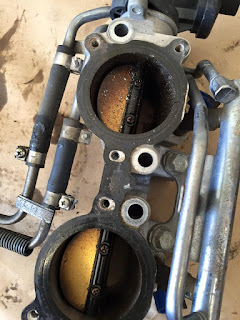 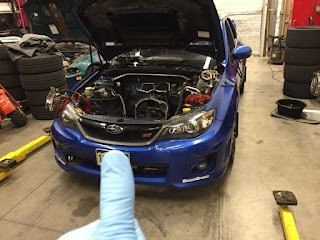 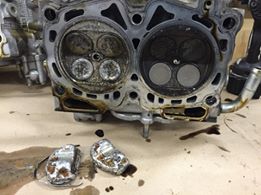 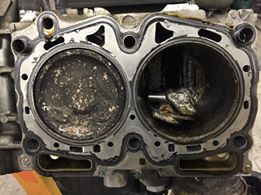 The end result was a vehicle refinance through the bank, a month and a half without a daily driver or race car, and an expensive heart transplant for the Subie. Nothing was reusable except for the turbo itself which we managed to rebuild. Beyond that, I got myself brand new Subaru heads, camshafts, cam gears, pistons, crankshaft and block. All four pistons were of the "B" type (as opposed to "A" pistons) which my mechanic assures me is good. And since we were already spending exorbitant amounts of time, money, and labor, I seized the opportunity to upgrade the car. 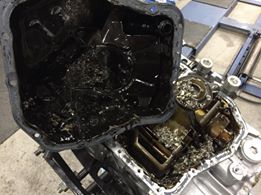 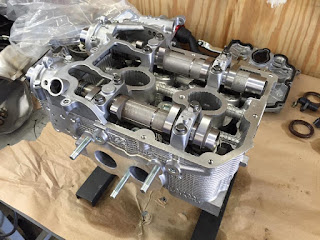 We added a Killer B Motorsports Oil Pan and Oil Pickup as well as GrimmSpeed Up-Pipe, Down-Pipe, and Crossover-Pipe all with the ceramic heat coating. You'll remember I already had an AEM cold air intake. Additionally, the great guys at CMS helped me out with a Cobb Tuning exhaust system. Once the car was running again and the engine finished with its break-in miles, we put it on the dyno and created a custom Street Touring class legal tune. Part of that tune meant running stock boost levels, and thus the car put down an admirable but not daunting 249.5 horsepower at the wheels. 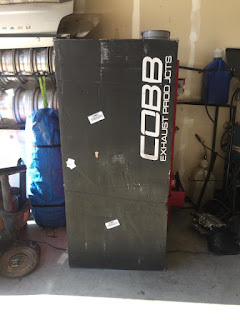 Then it came time to get back to the races. Unfortunately extra power and better responsiveness weren't enough to counteract a driver still getting used to his recent suspension upgrades and being off track for two months, nor could they make up for nearly dead and worn Hankook Ventus RS-3 tires that were expected to compete with multiple drivers' new sets of Bridgestone Potenza RE-71R tires which are continuing to amaze any who come into contact with them. Back to back weekends at Pikes Peak International Raceway yielded results of Third Place out of Four on week 1 and Second Place out of Four on week 2. Due to unknown technical difficulties the GoPro failed to record any runs on the second weekend, and thus all photos and videos are from week 1.  Check out the Youtube link below. As always, additional pictures are available on Instagram  at 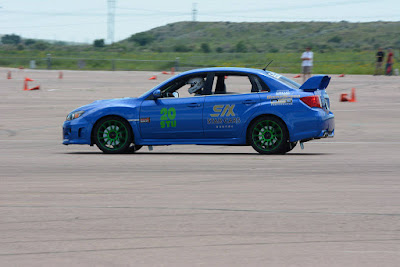 More to come as the season progresses, stay tuned! I am also working out details to have my car in a booth at the Rocky Mountain Subaru Festival in September with my local performance shop, Six Star Cars. Come and see us there!