Learning how to drive

?? Seriously?? Yes, seriously. When you bolt on the goodies from the previous post you gotta mostly start over with driving.

I had some major stiffening differences from last year will all the modifications to start the 2015 season. Quick recap:

All this work was like a cialis viagra cocktail of stiffy goodness. Well that is as long as I can take advantage of it. You see a car is a dynamic thing, if you lock up one part the force doesn't just go away, it is  transferred to the next moving bit in the chain. Drag racers know all about this, they increase power until something breaks, fix that thing until the next thing breaks and repeat.

For AutoX the power breakage problem isn't a concern, but suspension stiffness in the range of usability is. Many folks say things like, "handles like it's on rails" or "handles like a go kart", but with a 3100lb four door rally car on 245/40/17 street tires those goals are not really attainable. If things are too stiff in the suspension and chassis I'll just overpower my already overworked tires.

Take a look at the suspension of a basic bmx bike:

At first glance there isn't a real suspension on them, just frame and tire. But the vast majority of the mass is actually the rider and not the bike. The rider is also providing the suspension in the form of their legs. I'm not sure if you ever took a bike off a jump and landed with your bum on the seat, if so you can appreciate suspension being really important and that stiff does not always mean good.

In the case of a car the rider (driver) is the tiny portion of the mass and the car is providing the suspension. But the same holds true. Ultimate stiffness is not good, things need to be able to wiggle, roll and absorb impact in order to function well. So unless you actually drive a go kart you don't want your car to handle like one, that would be bad. 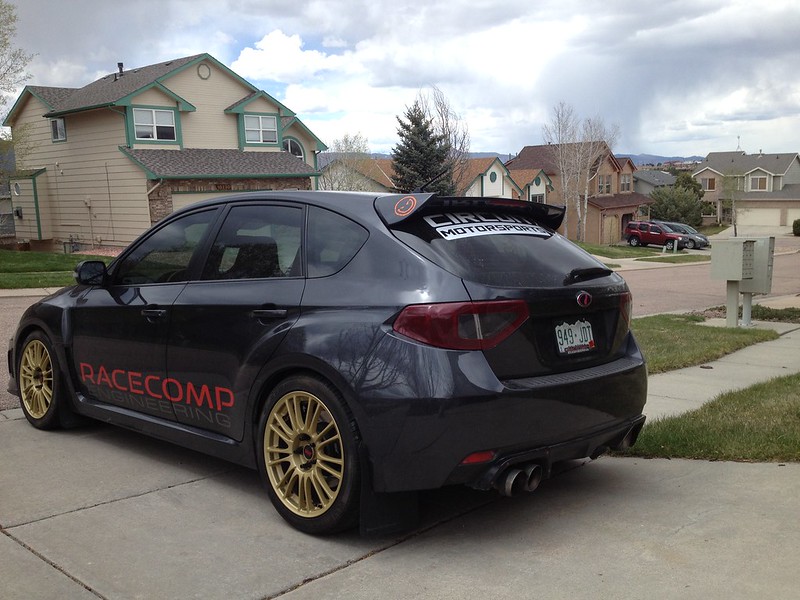 Well that is a tricky question. I certainly feel like the car is faster than me right now, which is not good for my ego but means I have room to grow. The new Racecomp Tarmac 3 coilovers are 3-way adjustable vs. my old Tarmac 2 which were 2-way. I have a lot to learn about fine tuning the high/low speed compression and how that affects rebound on the opposite side of the car. Which means in a way I just introduced another variable in my quest to eliminate variables...le'sigh.

That is confusing...can you make it more simple??

Fortunately racing can be really simple, just look at the results. Was I faster?? Yes I was, in fact I was lots faster. At the last event I took first in a class of 6 by over 1s and 9th out of 110 total. Also was the fastest guy on street tires by almost 1s. Here is my fast run of the day.

Typically I need to take two or three cracks at a course before laying down a hot lap, but in fact my fast run of the day was my first run...odd right?? Well actually not in this case, because the course really lent itself to a tidy line and lots of patience, neither of which are my strong suite. Also, because it was cold and I hadn't seen the course at speed I ran at 80% and focused on being tight and clean.

Here is my second run with a bit of commentary before and after.

At speed I felt like the second run should have been faster, but in analyzing the video I can see where I pushed too deep into a couple sweepers and lost time. The blown braking zones and aggressiveness cost me 0.3s, still almost 1s ahead of the class but bummed that I didn't improve. Oh well, live and learn.

Wrap it up already

All in all a good event. Weather was poo but even a bad day of racing is better than a good day of work. 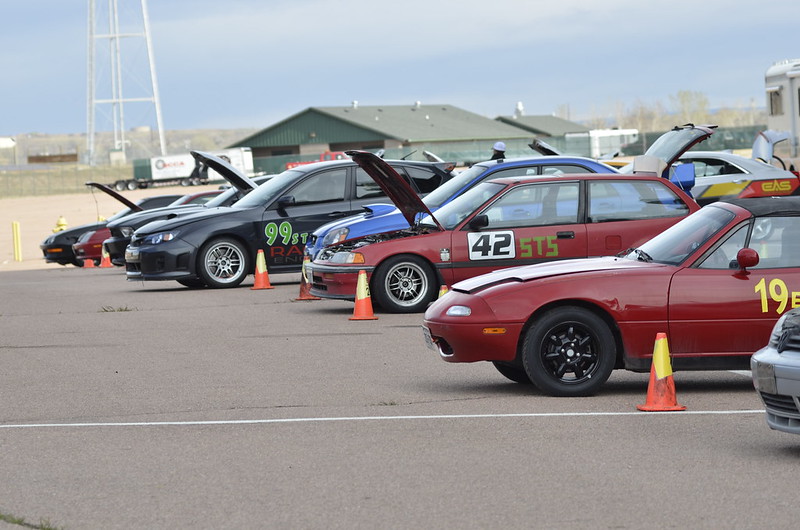