It's been a long winter, but finally after months on end the racing season is again upon us. My car sat idly by waiting to be again pushed to the limit. In my off time I had a set of coilovers sitting around that I had ordered from another sponsor, and I finally managed to get them put on the car. Thus far that's been the only major upgrade. They're DSG Performance special edition Fortune Auto 500 coilovers, and so far I am really enjoying them. A couple fellow STI drivers tried to sway me against Fortune Auto, but everyone has their brand loyalty. Plus, everything I saw online had nothing but raving reviews. Now as an owner myself, I can only agree with the online reviews, these things are great! Set at full softness they're pretty comfortable on the road, no worse than the stock shocks which were already pretty rough (it's no Kia). But a couple clicks on the front compression settings and a couple more extra clicks on the rear and she's a real track monster! Of course it is taking some getting used to, as my car's infuriating understeer has been replaced with some tail-happy oversteer.  For anyone looking for a great entry level set of coilovers though I can't say enough good things about these. DSG Performance is my other sponsor, which is why mine are the special edition set. I'm sure though the regular Fortune Auto 500 or the more aggressive Fortune Auto 510 series would be equally as great (my special editions essentially get a new color scheme and some upgraded parts to make a hybrid of the 500, 510, and Dreadnought series coilovers). I'm sure CircuitMotorsports would be able to hook anyone up with a set if they'd like! Here's some pictures of the coilovers on the car! 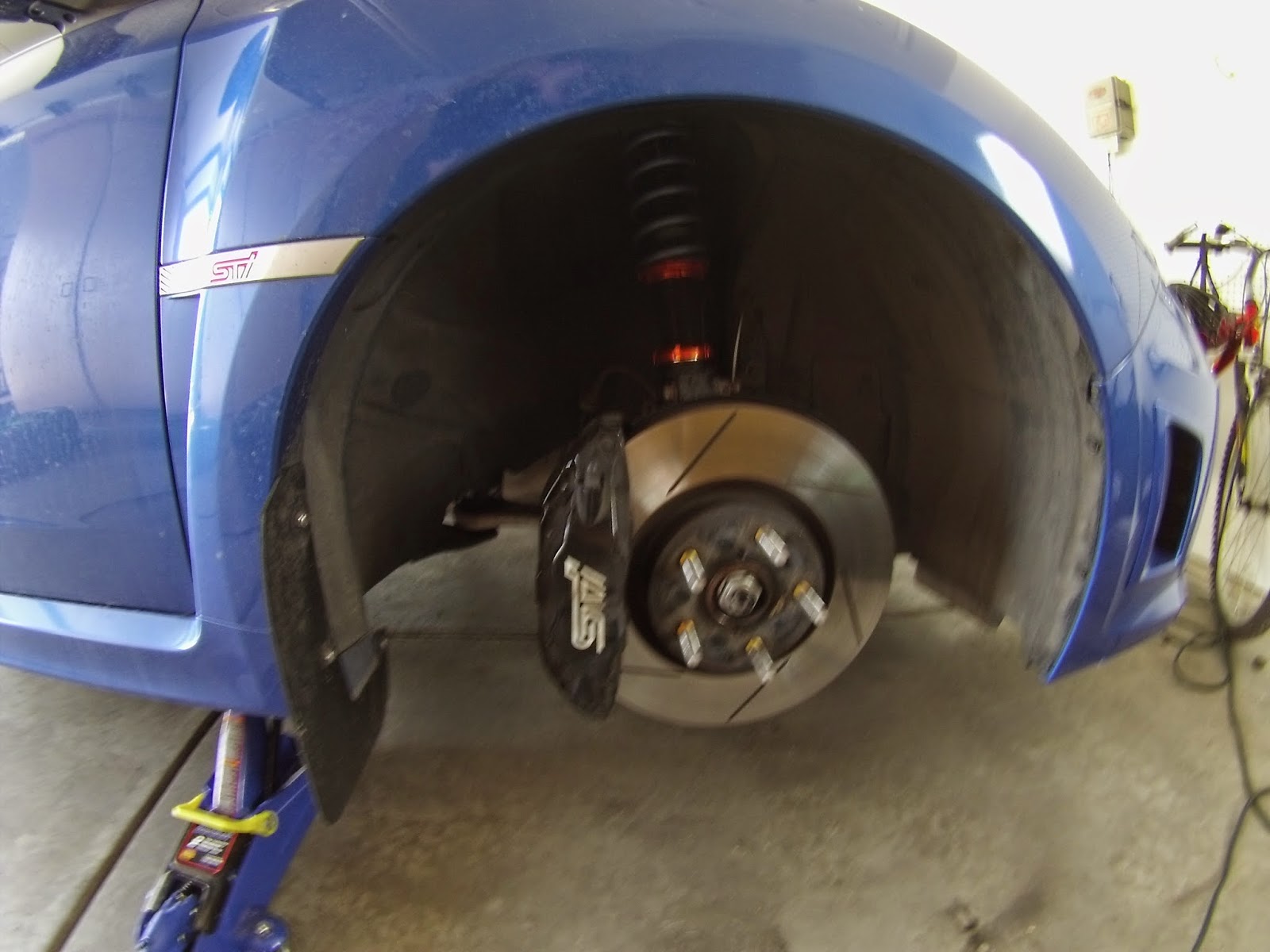 Hooray for bright colors! The orange and blue really stand out 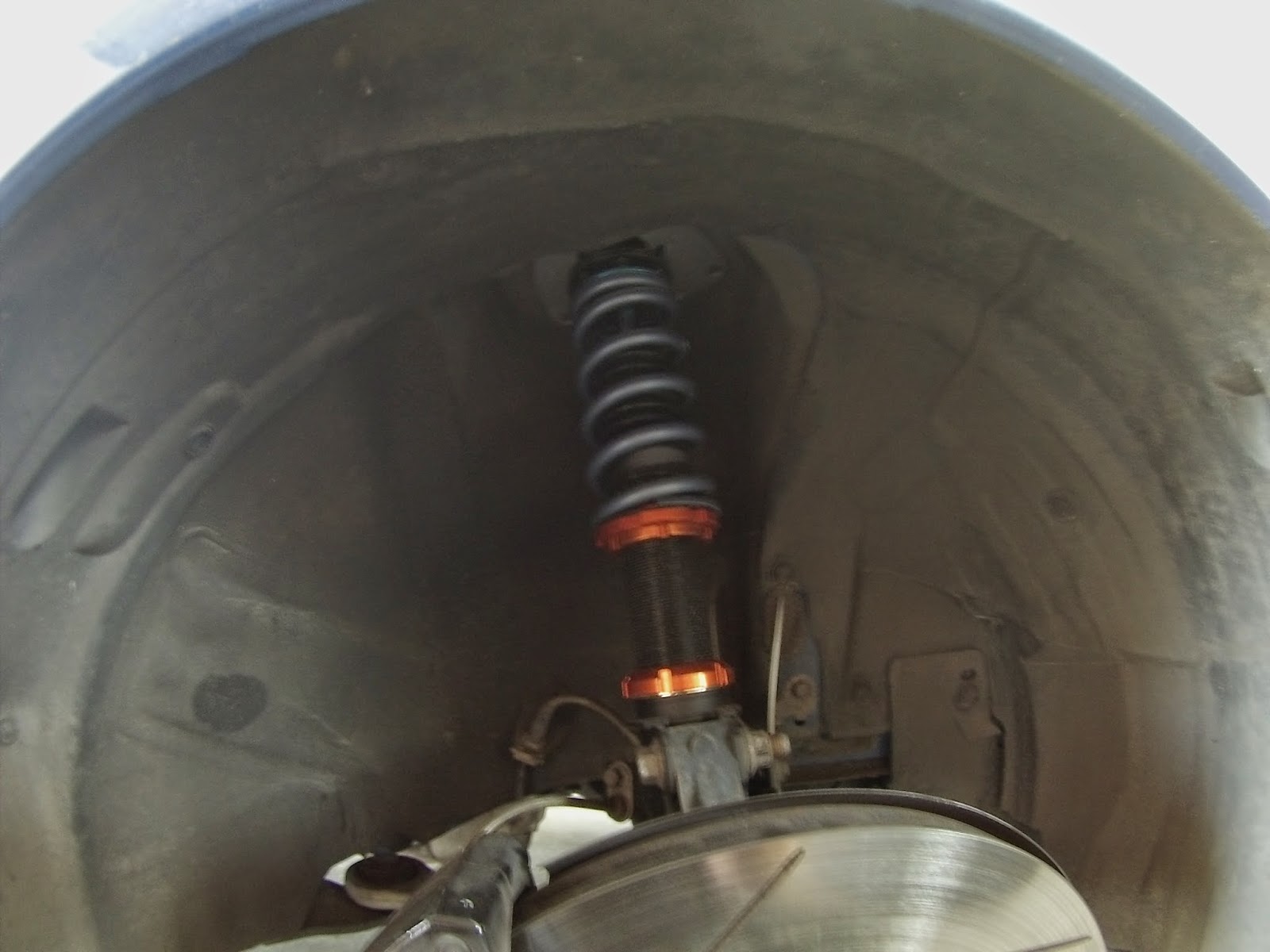 Swift springs come standard on the DSG Edition, are optional on the regular 500 series

We had back to back days of autocross action this past weekend. Saturday was a "Test n' Tune" day, and man was it fun. I had never done one of these before, but I opted to spend the extra money and try it out so I could feel out the new coilovers. The Test n' Tune was limited to 60 drivers, and because there was no scoring and no limit on runs, there was no need for a formal grid or heats. I worked the gate early in the morning before they opened the track, and then had the whole rest of the day to race. In all I think I got about 15 runs in, which was great! My first run of the day I stupidly forgot to turn off traction control, and ironically set my second best time of the day. On my second run, for the first time ever, I spun off the track into the grass on the slalom. I can only blame myself, still getting used to the car's new handling dynamics. Check out this video of my fastest run! 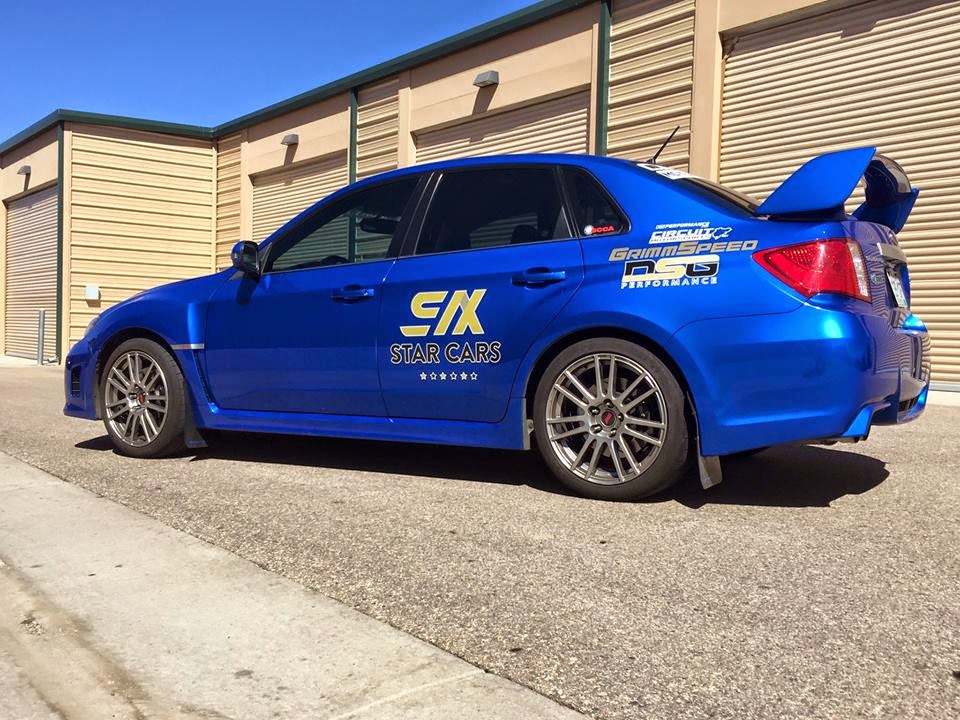 Just picked her up from the shop with new coilovers installed. In real life you can really tell the car rides lower than stock. 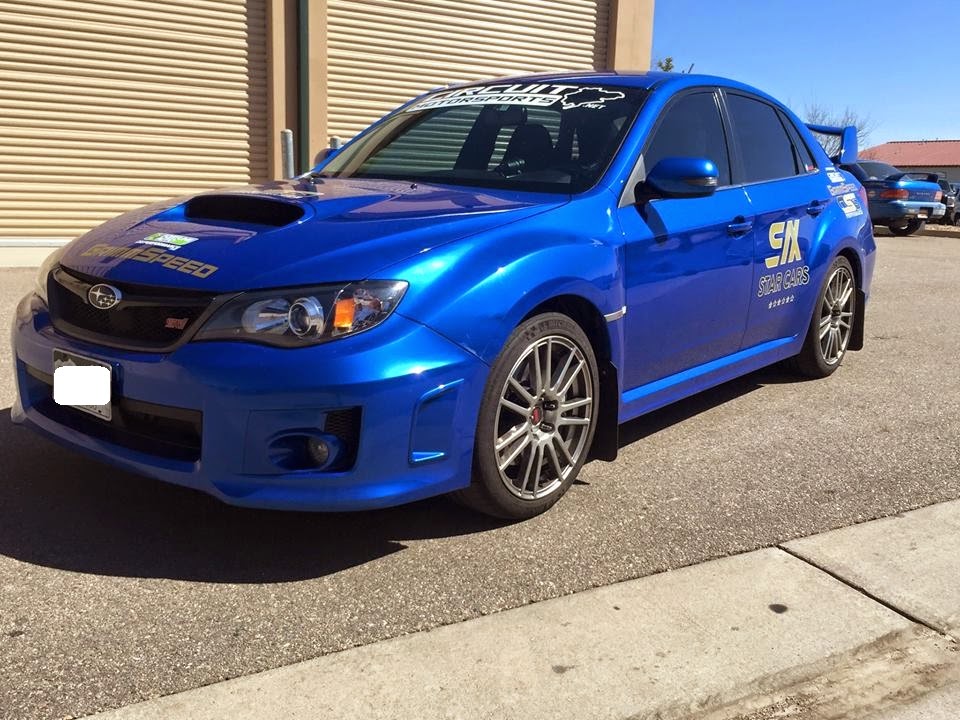 The next day we had the first official event for the summer season. Unfortunately due to concerns of weather coming in later in the day we were limited to only 3 runs each. Sadly,  my driving style takes about 4 or 5 to really learn and adapt. I guess I need to be quicker to pick up the fast racing line! Luckily, thanks in part to my driving ability and part to the car I was able to place 3rd out of 6 drivers. My fellow STI driver and fellow Circuit Motorsports sponsored driver Tyler Jago took first, so congrats to him! Thanks to a contingency sponsorship through GrimmSpeed, I even earned a little store credit money for my podium position. The track itself wasn't as fun as the course they had us running the day before, but it was a little bit longer and had more technical turns to it (probably why I had trouble with it). Below is a Youtube link (upload issues, sorry) to a video of my best run from the race!
RMSOLO 2015 Event #1 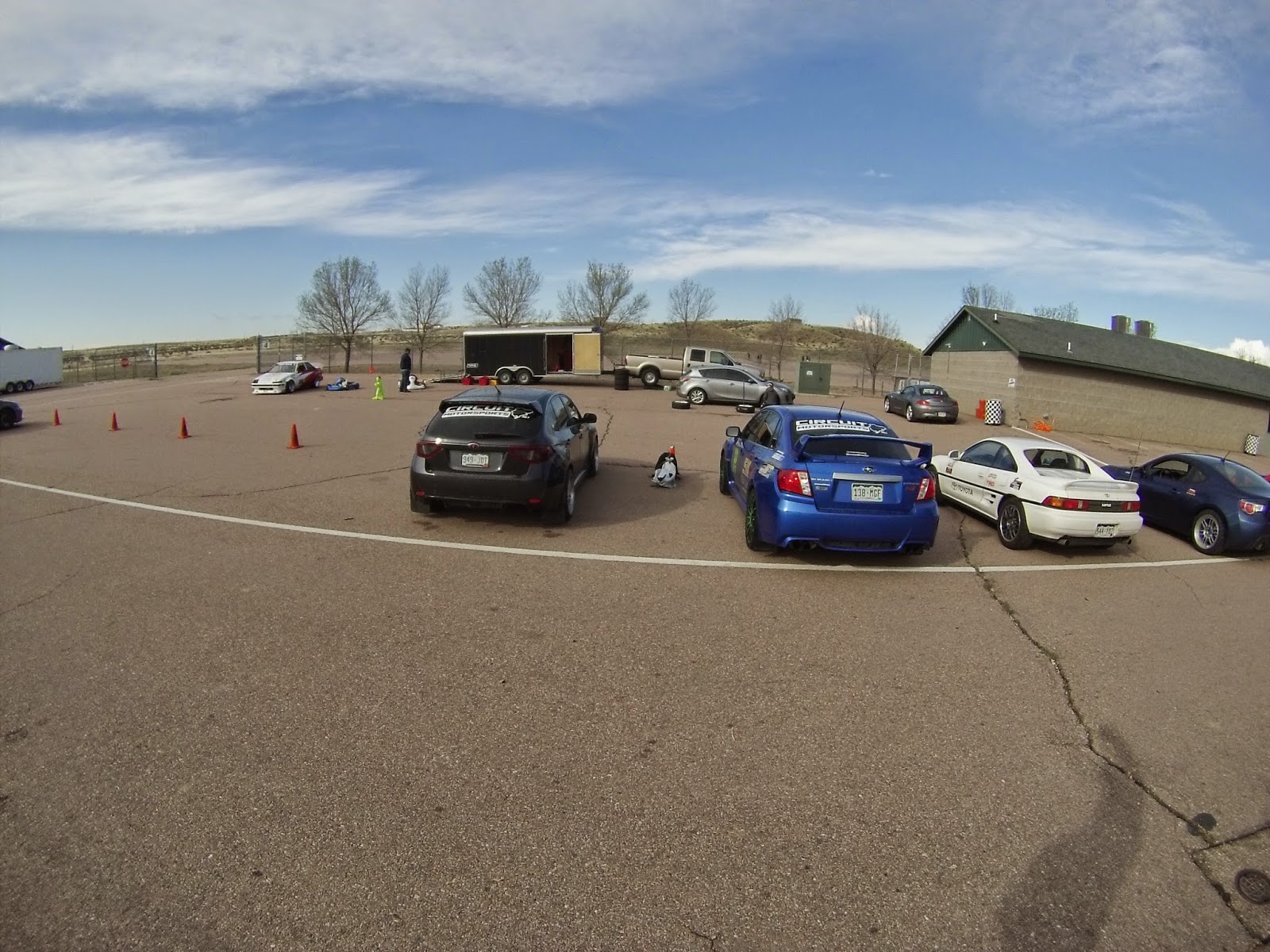 Just two CMS sponsored cars hanging out next to each other 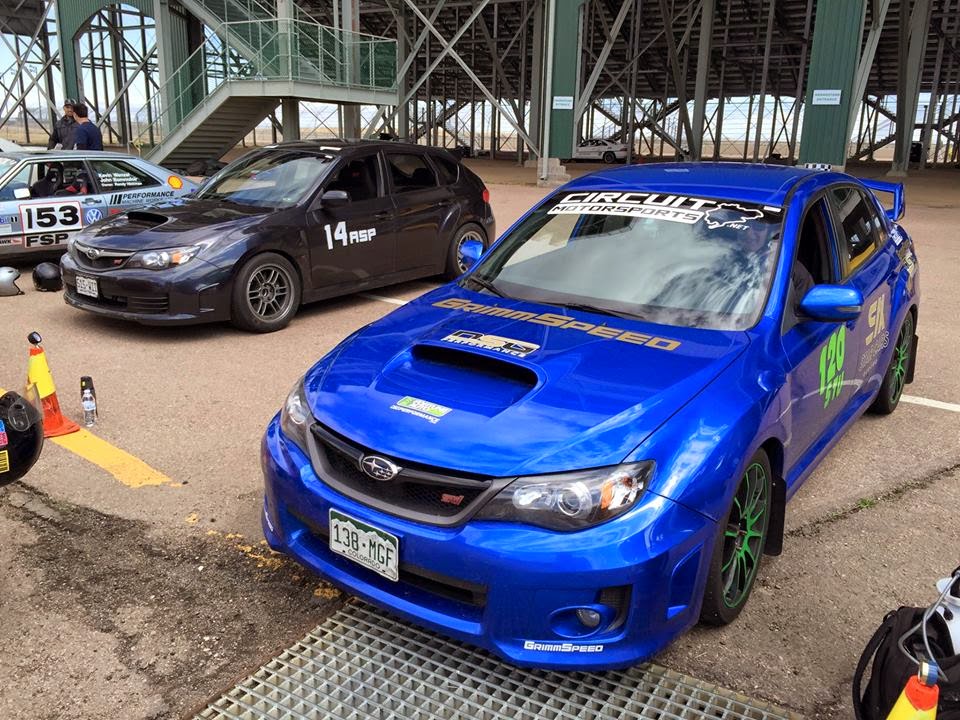 Set up in grid waiting for my runs
Well that's all I've got to report on for now! I've ordered myself some stiffer springs for the rear coilovers and a Whiteline adjustable front sway bar in order to balance out and complete my suspension setup (at the recommendation of my sponsored performance shop, Six Star Cars) but they aren't put on yet. After that I'll be contacting my friends at Circuit Motorsports to order some racing seats and mounts to go with them, as the stock seats definitely do not hold me in place despite my 5 point Corbeau harness. For racing seats I'll be going with the Corbeau Forza series in blue/black, which is a fixed back seat. Now all I need is a truck to tow this race-car around with so I don't have to spend time on the interstate uncomfortably in it!
I'll be checking back in near the end of May. I've got a bit of a break until then, but then another back to back weekend of racing. I'll be improving (hopefully) at the SCCA Tire Rack Starting Line Racing School on May 30 and will be at RMSOLO Event #3 at Front Range Airport the next day! Hope to see you all there, and online here as well!