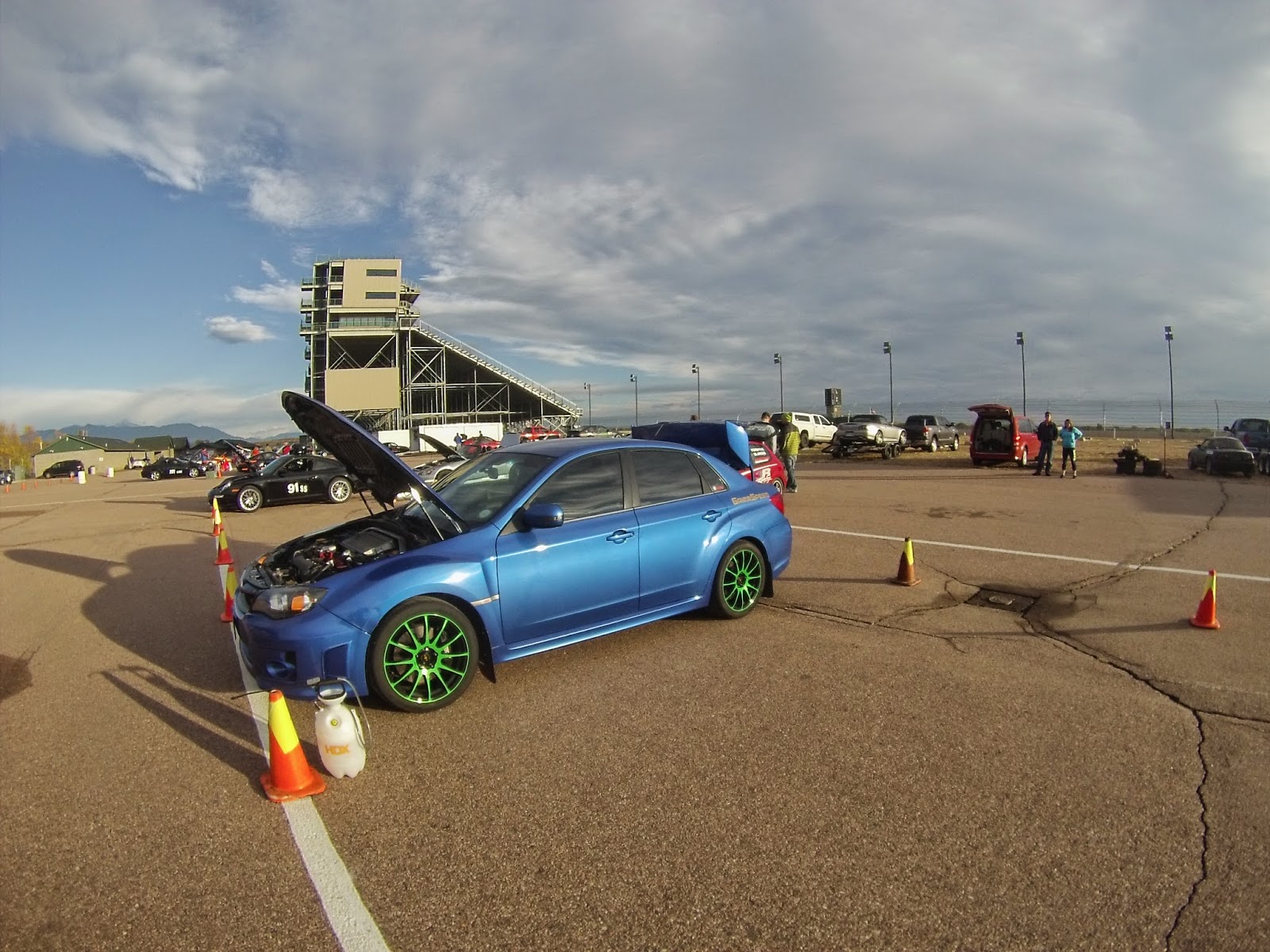 Though this is early in my blog history, this event marked the final event for the 2014 summer season. I had originally believed that I hadn't attended enough events to qualify for the season, and was pleasantly surprised to discover with this event included I had enough to qualify. Unfortunately, there wasn't a professional photographer on site like usual, so this post's pictures are from my own GoPro.

It was a beautiful morning at Pikes Peak International Raceway in Fountain, CO. Beautiful looking, I should say, as the temperature was definitely cold enough to remind everyone this was mid-October in the rocky mountains. The cool air was wonderful for my engine, but not as much for the tires which took awhile to heat up. Thankfully, I had my dad co-driving with me and thus the car did twice as many runs which kept the tires warm. I chose not to spray my intercooler between runs thinking it was cold enough, but was advised by another driver that he could see the heat dissipation from my hood as I ran on track. A mistake I won't make again. 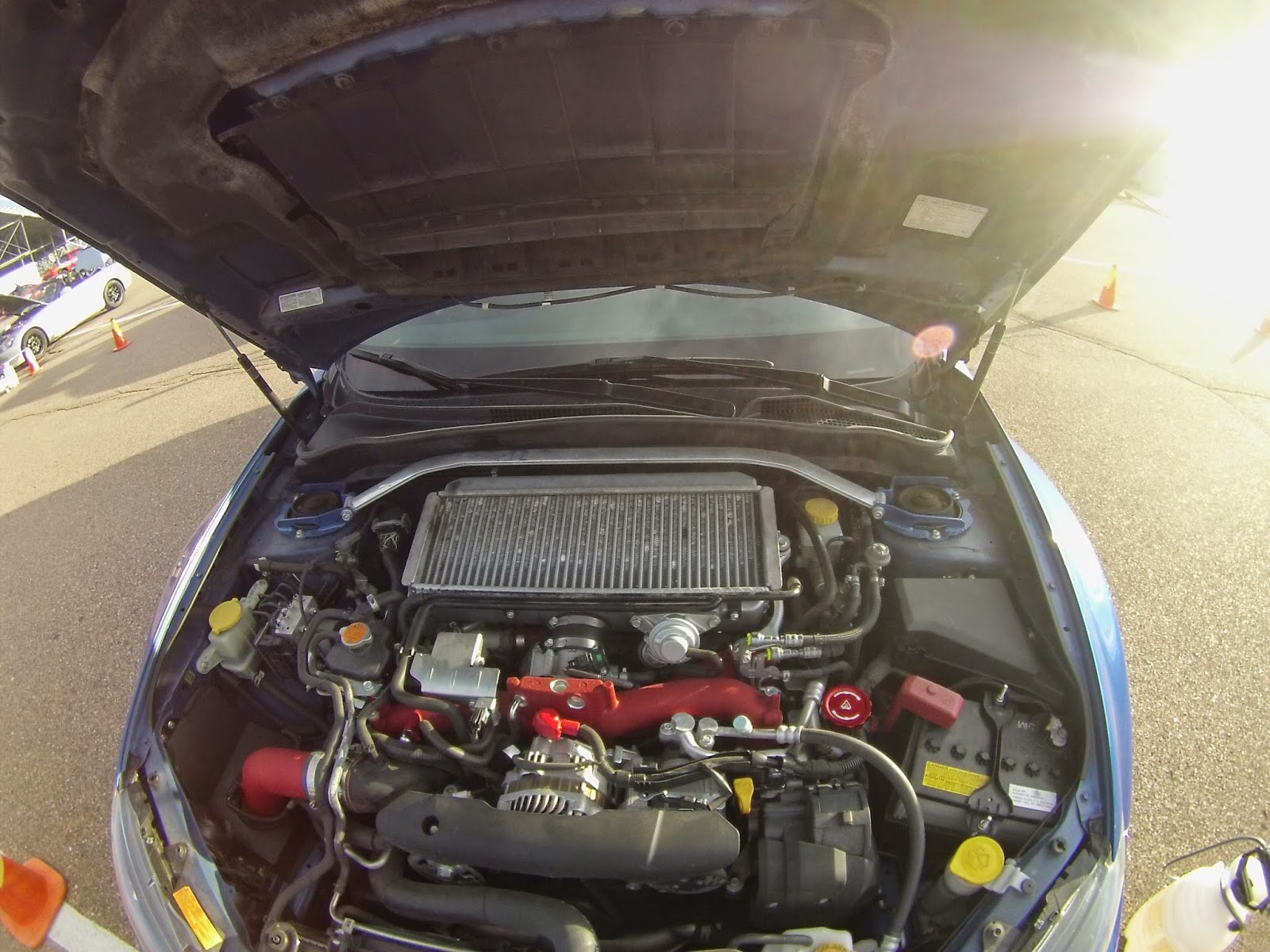 Street Touring Ultra had seven drivers at today's race. Four of us were the "regulars" who often lead the class in points at events and compete with each other, while the others were somewhat newer. We even welcomed in a first-timer to our class, and he managed to achieve a victory over my dad (who was driving my car) with his Hyundai Genesis.
Out of fear for rain that never came, race officials decided to limit everyone to three runs. Because of some technical glitch in the computer timing system, I was given a fourth re-run after one of my times recorded improperly. Thankfully, that fourth run was the quickest of my day, at 63.257 seconds. This track was one of the longer and much more complicated ones we've seen all season, and several novice drivers got lost out on course. There were also a lot of DNF occurrences from people missing gates, and as is routine, cones were flying all over. My final run was clean without hitting any cones and thus suffering the 2 second penalty, and due to that I managed, for the first time ever in my career, to place second in my class. This victory was achieved over a fellow CMS sponsored driver, Tyler Jago, who unfortunately was denied his re-run when a car spun out in front of him due to a complaint of his driving too fast under caution conditions. Tyler's other runs were technically faster than mine, but with some cone penalties. It was sad to take home victory for political reasons, but winning is winning.
The winter season will be starting in a few weeks on November 2nd. I'll be at as many winter events as I can, and will finally be getting some decent performance parts installed on my car before next spring. Keep an eye out for future blog posts as I chronicle upgrades to the car. For now, I'll leave you with the in-dash GoPro video of my fastest run. You can see my time on the right side right after I cross the finish line, might need to pause the video though.