Yep, Solo Nationals.
aka. The Hub, The Center, The Apex, The Pilgrimage...Mecca of Autocross

It is also quite a circus of people, so if you are into the study of deviant human behavior there are many test subjects and potential thesis paper scenarios exhibited daily. We're talking about over 1,100 competitors across over 50 classes representing everything from stock city cars like a Honda CRZ all the way to full blow custom built open wheeled cone killers.

That's right, you got this:

Playing right next to this:

And not one or two of these monsters, a whole fleet of them. Looking through the "Mod" car photos from Nationals is a real treat.

One of the really special parts about going to Nationals is if you are part of a national forum where people share thoughts about a particular car, you'll actually have the opportunity to meet many of the people that you might have just read posts from. I run a 2011 Subaru STI in Street Touring Ultra (STU), which has good representation on iwsti and nasioc. Putting faces with screen names is great, plus digging through the cars from all the other people in the class is a great way to check out different setups. Locally I only have 2 serious competitors in my class, a 2006 Subaru STI and a 2004 Mitsubishi EVO. Neither car is very similar to mine so I'm on my own trying to sort through setup issues. But at Nats you get a bunch of people with similar cars and they are all super fast. 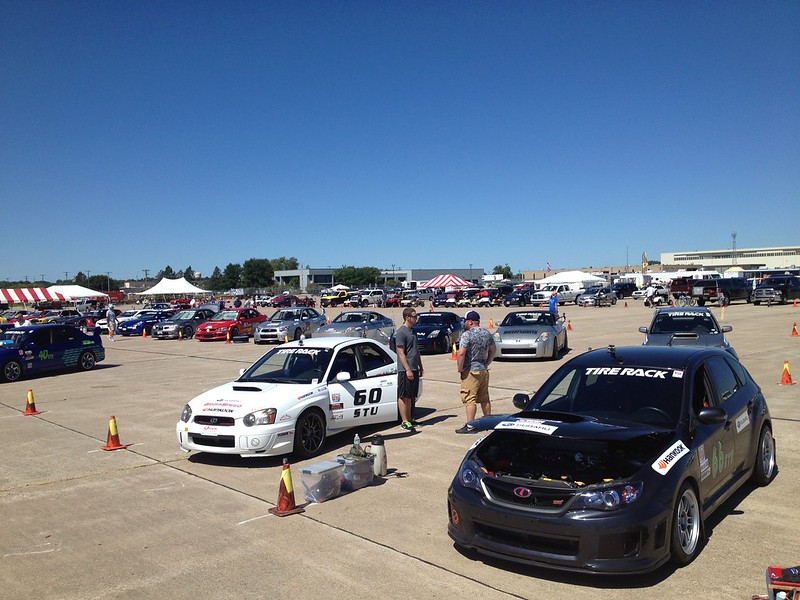 Normally grid is full of lots of different kinds of cars, so it is cool to see it full of just STU. 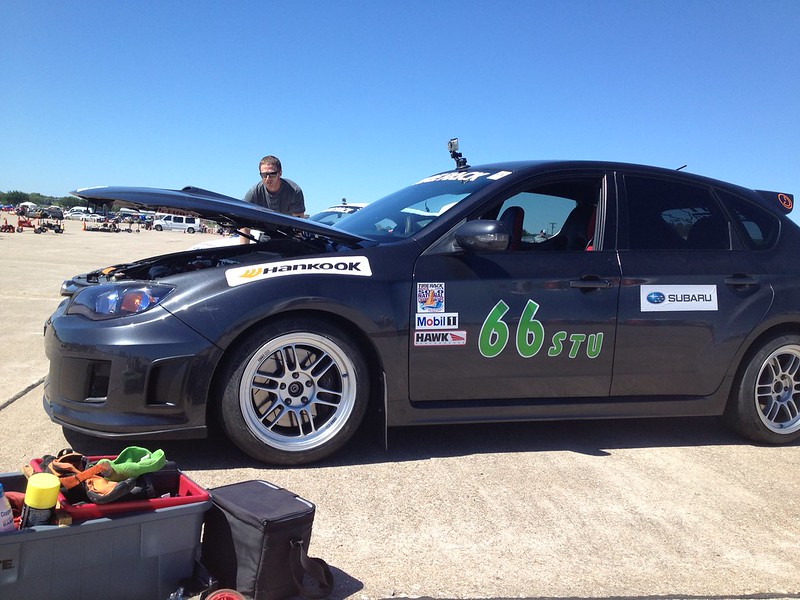 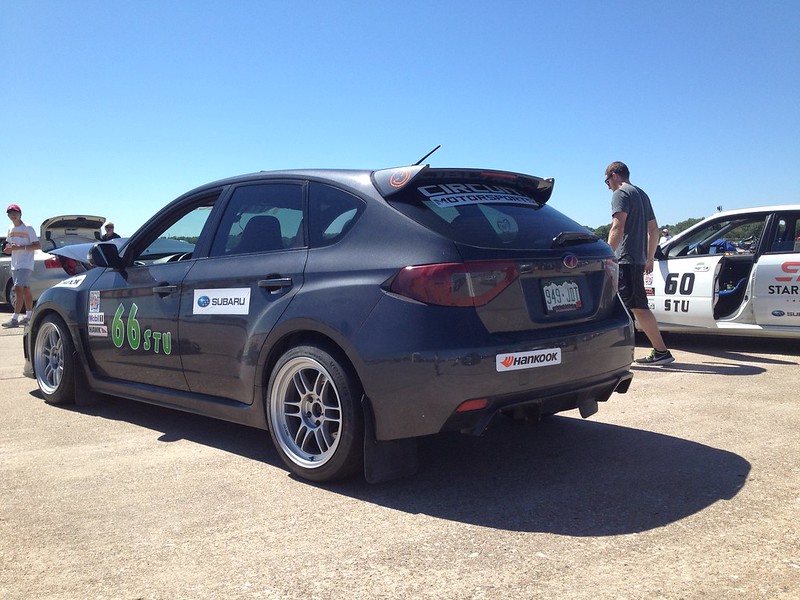 The courses at Nationals are another facet that makes the trip worthwhile. The sea of concrete at Lincoln Airpark is like nothing else in the country. Imagine the pad of asphalt or concrete you Autocross on and multiple it by 10 times...that is not an exaggeration, it is really that massive. With that amount of space available the courses are truly amazing.

My car tops out at around 60mph in 2nd gear. This is not typically an issue at my local courses where I might briefly pop off the rev limiter once or twice on a course. At Nationals the courses are much larger and much faster, which means either a risky shift to third or sacrificing the speed by staying on the limiter. You can hear the pop pop pop several times in this video:

Both my driving style and car setup are more suited to slower technical courses. I do great at staying tight and tidy and wiggling through slaloms. But in these big fast courses I just give away too much on the top end and don't have the gumption to deal with the higher speeds. Didn't help that I coned away my fast run which cost me 0.7s on day one.

Nationals is also tricky because you only have three runs to get it done. At a typical local event you might get five or six runs, so if you hit a cone or need to figure out your braking zones it's not a big deal. I'm sure on the West course I was leaving at least a second out there, but didn't have time to find it. Ended up 9th out of 18 after the first day and only 0.5s out of the trophies, not great but still in the mix.

The course for day two was much more suited to my car and driving style:

Definitely a more technical course with several offsets and slaloms. Felt great out there and put down some fast times...but alas the cones got me and I didn't get a clean run on day two at all. Eating a 2s penalty is a killer and caused me to drop from 9th to 12th overall. :-(

Looking back at the results I was initially cranky and downhearted. But if I'm optimistic (and what racer isn't) I know that if I had my quick runs minus cones I could have taken 5th overall and came home with a trophy. Meaning the car and I are fast enough to bring home some hardware, just need to learn how to Git 'R Done in three. Time for more practice...oh darn. ;-)